From Man to Machine..the Transformation of Troy

19 Aug From Man to Machine..the Transformation of Troy

Posted at 17:48h in Uncategorized by admin 0 Comments
0 Likes

Back in November, Troy and his lovely wife Jennifer walked into the compound for their intro class. It’s been 9 months and they haven’t left.

When he first came in, like most middle aged men, Troy had been carrying around some unnecessary weight. In his own admission, for the last several years there wasn’t much physical activity going on. He would go to work return home to play with the kids then it was time to sit in the recliner and watch TV. Rinse and repeat…and before you know it the pounds start to add up. Troy was never at any point obese, he just had the typical American male middle aged beer gut.

But after the first couple of workouts, I began to take notice of Troy. There was something different about him…Troy possesses a unique intensity that you don’t find in too many 48 year old men. Most guys in their 40s believe they are past their physical prime. They would much rather make excuses and relive “glory days” stories then go out and get after it. Troy lived that life…and he had enough of it.

In addition to Troy’s oldest son Alex (now a freshman linebacker) and his stepdaughter Holly (a proud mother herself, yes that makes them grandparents), Troy and Jennifer brought in two beautiful children (Luke and Delaney) to the world within the past couple of years. Troy has never mentioned this to me, but I can imagine Troy must have been thinking about his current state of health after having children in his 40s.
Would he have the ability to play ball with Luke well into his 50s at the rate he was going?
What about the strength and endurance to fend off all the teenage boys that will be coming after Delaney in 10 years?
Would he have to worry about heart disease, etc?

Now Troy doesn’t have to worry about the answers to those questions. As a matter of fact, his kids are going to have to worry about keeping up with him! Case in point, check out the below video (fast forward to the 3:28 mark) and watch the 48 year old Machine and his 18 year old college linebacker son workout together. How many kids can say their dad is an animal in the gym?

Since November, Troy has attacked each and every workout with unparalleled intensity. He has become affectionately known as the “Machine“. He is a 48 year old father and grandfather who chooses workout partners that are half his age and he’s right there pushing them. He is an amazing example of what happens when you combine attitude and intensity with the right diet and exercise.

He is a new man, he has lost 30lbs of bodyfat and several pant sizes. He has gained muscle, strength, and the respect and admiration of everyone at PSKC. Not only does he look great, more importantly he feels great and is incredibly healthy. That’s all attributed to his nutrition.

Several months ago I mentioned to Troy that he ought to look into the Paleo Diet. I told him I was reading Robb Wolf’s book, the Paleo Solution and that he should really look into it. Two days later he finished the book and started the strict 30 day challenge (no cheating). Since that time he has not looked back…and you can’t argue with the results. Here’s another before and after… 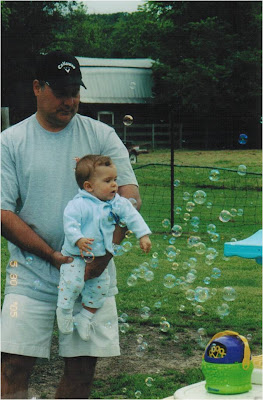 And he continues to progress each and every day. He has turned from man to MACHINE. Now there is no doubt about his current and future health. When most guys his age are confined to the recliner talking about what they used to, Troy refused to believe that his glory years were behind him. He still loves to get after it. In May he won the 40+ age division at the Gauntlet and finished 5th overall!

The Machine’s story proves it doesn’t matter what your age or ability. If you are determined and intense, you can proceed down the path to strength and super health. Troy’s attitude is what PSKC is all about…hard work, intensity, and the love of life.

You too, can transform from man (woman) to Machine…all you have to have is the desire and dedication we will take care of the rest at PSKC.